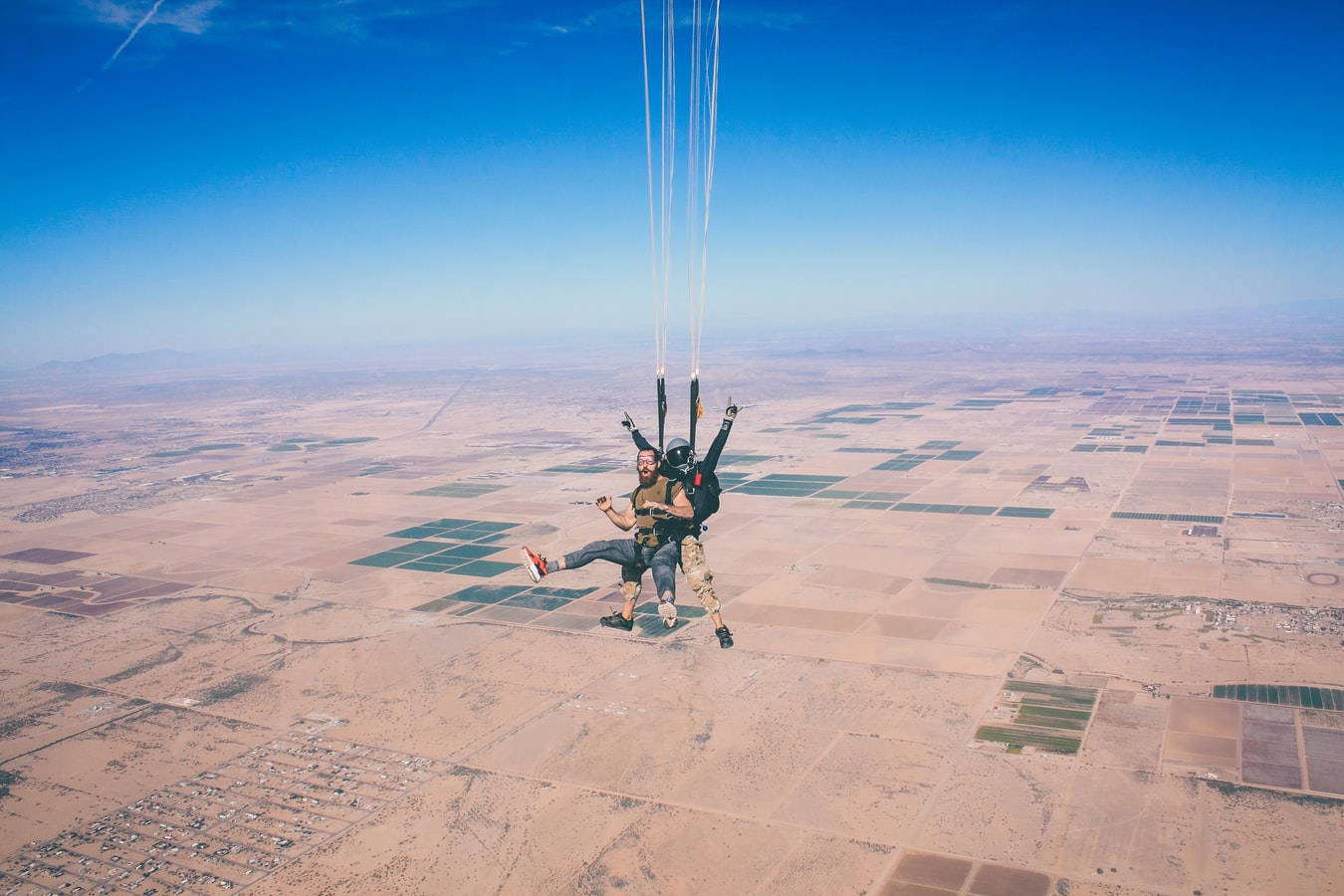 You’ve been wanting to go on a skydiving adventure for a long time, and now the time is finally here. These ten quick and exciting facts will help show just how exciting skydiving is and will set the tone for making your first tandem jump an unforgettable success!

1. You Only Have One First Jump!

Be sure to arrange to have photos or videos taken of your first tandem jump. This is something you will want to relive over and over, and a souvenir that you will treasure forever.

While you are free falling, a human is practically deaf because the wind travels past your ears at over 100 mph during a freefall. You can try yelling at another skydiver, but a real conversation is impossible.

For a tandem jump, you need to form your body like a banana as you prepare to leave the plane. That way, your belly button is the closest point on your body to the ground and you’re in the correct position to ‘fly.’

On April 3, 2014, 181 female skydivers from 31 countries set a world record for the largest all female skydiving formation to raise money for the fight against breast cancer.

A 105-pound, 92 year old man did a solo jump from 3,500 feet, wearing his hearing aids and trusting his two artificial knees. He made it!

At the other end of the spectrum, a four year old is the youngest ever to accomplish a first tandem jump! This was done from 10,000 feet. Can you top that?

7. What Goes Up…Must Come Down!

A four minute canopy ride until landing follows your first tandem freefall, which usually lasts from about 45 to 60 seconds. When solo, the speed for a freefall skydiver is about 120 mph.

At a height of 4,000 m in Sweden, Jonas set a record for getting the first tattoo while free falling. The tattoo? WFFT, standing for World’s First Freefall Tattoo.

When you’re getting ready to land and finish your first tandem jump, keep your chin up! Look up at the horizon instead of down at your feet and you’ll land properly. Congratulations!

Whether you go to a skydiving center or find a private instructor to give you lessons on how to jump out of an airplane, you can take your first tandem parachute jump without any experience beforehand! And know this before you go: it will be an unforgettable experience!